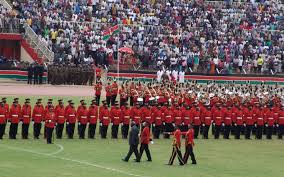 His Excellence the President of Kenya, Uhuru Kenyatta today joined thousands of  Kenyans to mark the occasion of the Sixth Anniversary of Mashujaa Day. Mashujaa Day, also known as Heroes’ Day (“mashujaa” is Swahili for “heroes”), is a national day in Kenya, which is observed on 20 October as a public holiday to collectively honour all those who […]

Africa’s largest solar carport in Kenya constructed by Solarcentury is set to be opened at the newly constructed Garden City mall. The move is set to cut carbon emissions by around 745 tonnes annually. read more