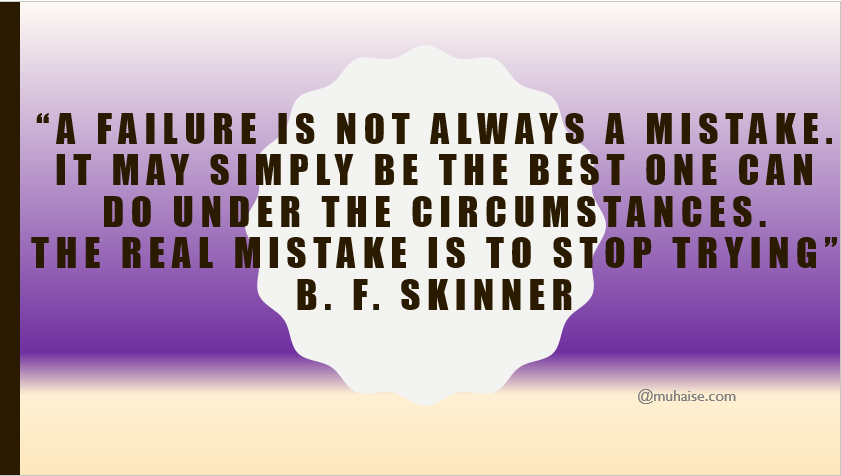 “A failure is not always a mistake. It may simply be the best one can do under the circumstances. The real mistake is to stop trying.” B. F. Skinner @muhaise.com 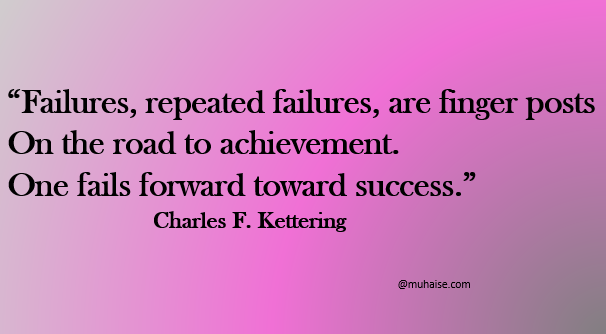 “Failures, repeated failures, are finger posts on the road to achievement. One fails forward toward success.” Charles F. Kettering  @muhaise.com 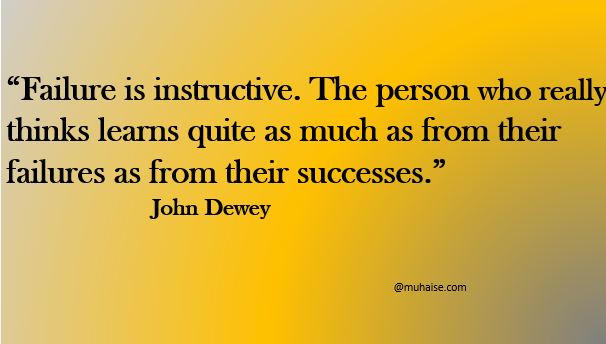 “Failure is instructive. The person who really thinks learns quite as much as from their  failures as from their successes.” John Dewey  @muhaise.com

Failure is not the end in life 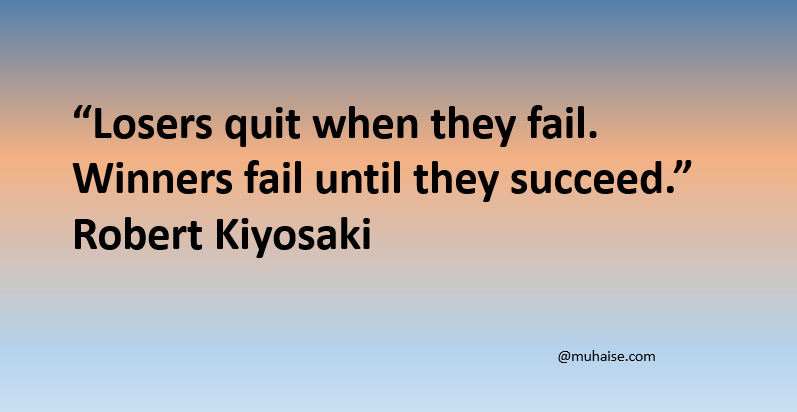 “Losers quit when they fail. Winners fail until they succeed.” Robert Kiyosaki @muhaise.com 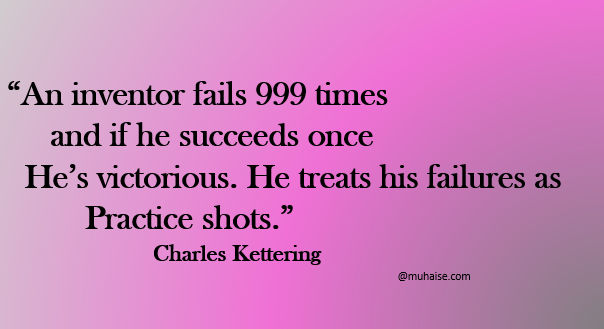 “An inventor fails 999 times and if he succeeds once he’s victorious. He treats his failures as practice shots.” Charles Kettering  @muhaise.com 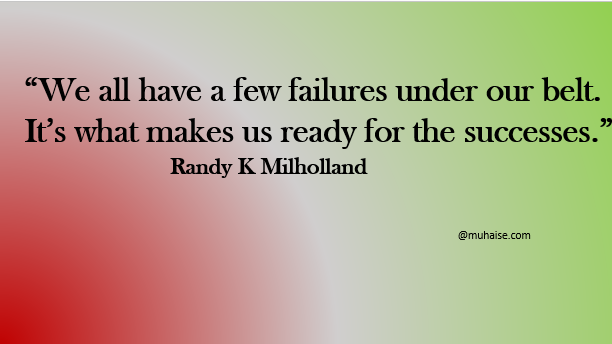 “We all have a few failures under our belt. It’s what makes us ready for the successes.” Randy K Milholland  @muhaise.com